COP27: All You Need To Know

What is the COP?

COP is when world leaders annually meet to discuss climate change. COP stands for ‘conference of parties.’ The delegation from each country represents a party. The number of countries becoming members of the United Nations Framework Convention on Climate Change has grown over the years. The number now stands at 197. These 197 parties have signed the Framework Convention. COP27 will be the 27th summit of world leaders on climate change.

The 1992 Earth Summit in Rio de Janeiro adopted the Convention. The UNFCCC entered into force in 1994 with the ratification of 196 countries. The COP is the decision-making body of the UNFCCC. It consists of representatives from all parties of all ratifying countries.

The COP meets yearly unless member countries decide not to meet due to unavoidable or unforeseen circumstances. At each meeting, they review how countries have implemented the Framework Convention. They build on decisions and resolutions of previous COPs. The COP3 in 1997 saw the adoption of the Kyoto Protocol, a defining moment in international history regarding commitments against climate change and emissions. Another important COP was COP21. At COP21 in 2015, member countries adopted and ratified the Paris Agreement.

In March 1995, Berlin in Germany hosted the first-ever COP meeting. The venue of the COP shifts among the five recognized UN regions. They are Asia, Africa, Latin America, the Caribbean, Central, and Eastern Europe, and Western Europe. Unless a party among these regions offers to host the meeting, the COP meets in Bonn since the region is the seat of the secretariat. 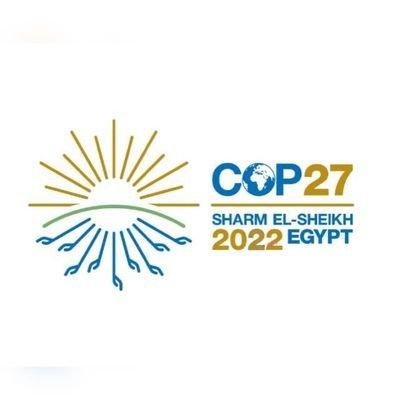 Egypt will host this year’s COP. Currently, COP27’s agenda has not been made public. Only the world leaders that will be attending the summit might know the schedule of events.

In 2021, member countries decided to return every year to the conference with new National Determined Contributions (NDCs) rather than waiting for five years, as stated in the Paris Agreement. NDCs are steps that each country has decided to take to meet its emission reduction targets. Therefore, COP27 will be the first time that countries will announce their newly determined steps for cutting down on emissions.

COP27 will be all about checking and measuring achievements and making responsible and informed decisions to meet carbon reduction goals. The conference also seeks to make members aware that they are very short of their targets. The 2015 Paris Agreement aims to limit global warming to 2oC. To achieve this, anthropogenic emissions need to fall by at least 45 pc from 2010 levels by 2030.

At COP 26, countries agreed upon a rulebook for Article 6. The document includes rules against double-counting of emission reductions and for a government-to-government carbon market. At COP 27, member states will assess their position, increase ambition, and enhance the implementation of those rules.

The Lead of the UNFCCC mitigation division team, Kusum Lata, has indicated that this year’s conference will also focus on climate finance. She also said that governments and private stakeholders need to work together and develop ‘real’ targets to meet the agreements of the previous conferences. Governments alone cannot reduce emissions. Targets also need to come from industries, stakeholders, and financial institutions.

Defining Principles at the COP27

The COP27 will base its discussions and debates on five main principles. They are:

The vision of the conference in Egypt is to establish ambitious and substantive outcomes and build on agreements, pledges, commitments, and decisions from Rio 1992 to Glasgow 2021. It will aim to accelerate global climate action through adaptation and emission reduction efforts. It will also ensure that developing countries around the world can have a ‘just transition.’

The world must unite to limit global temperature rise to 2oC. It must also work hard to keep the 1.5oC alive and relevant. All parties need to establish bold and immediate actions and raise their ambitions. We require strong commitments, especially from those countries that are in a position to do so. Those that can and do can set an example for the rest of the world.

At COP27, countries can fulfill their pledges and commitments toward delivering on the targets set by the Paris Agreement. This year’s Convention should create a work program for climate change mitigation.

Extreme weather events like forest fires, floods, and heat waves have now become an everyday reality for us. At COP26, world leaders, governments, and state parties restated that they are committed to enhancing global action for adaptation. COP27 will ensure that parties make crucial progress toward adaptation, resilience, and assisting vulnerable communities. Climate finance is vital to achieving the targets of the Paris Agreement. There needs to be international and enhanced transparency of finance flows. The conference must facilitate meeting the needs of developing nations, especially in Africa. It will also follow up on existing commitments and pledges to assess where the international community is and what more they need to do. The conference will check the progress on the delivery of the annual 100 billion dollars from developed to developing countries. This way, we can build more trust and show that actual commitments are fulfilled.

To achieve results, agreement in the negotiations is of utmost importance at the climate conference. Advancing partnerships and collaborations between members will help deliver goals. It will also ensure that the international community adopts a resilient and sustainable economic model that places humans at the center of climate talks. Reaching an agreement at the COP27 will require inclusive and active participation from all parties. We need to transform the way we interact with our planet.