The Future of Hydrogen

Hydrogen and energy have a long-standing history. Hydrogen-powered the world’s first internal combustion engines over 200 years ago. It became an integral part of the modern refining industry. Hydrogen is storable, energy-dense, light, and releases no direct pollutants or greenhouse gas emissions. Adopting hydrogen in sectors it is almost entirely absent today will allow it to contribute to clean energy transitions significantly. Sectors such as power generation, buildings, and transport transitioning to hydrogen-powered energy can substantially reduce our greenhouse gas emissions and reduce environmental impacts. The future of hydrogen can change our world for the better.

The future of hydrogen in our energy systems depends on where things stand now. We need to realize how hydrogen can help us achieve a secure, clean, and affordable future and how we can go about identifying its potential.

The Demand for Hydrogen

Since 1975, the demand for hydrogen has grown threefold. The need continues to rise and is almost entirely supplied by fossil fuels along with 6% of natural gas and 2% of coal. Supplying hydrogen to industrial users around the world has now become a major business. As a result, hydrogen production is responsible for 830 million tonnes of carbon dioxide emissions every year. These emissions are equivalent to the CO2 emissions of Indonesia and the United Kingdom combined. 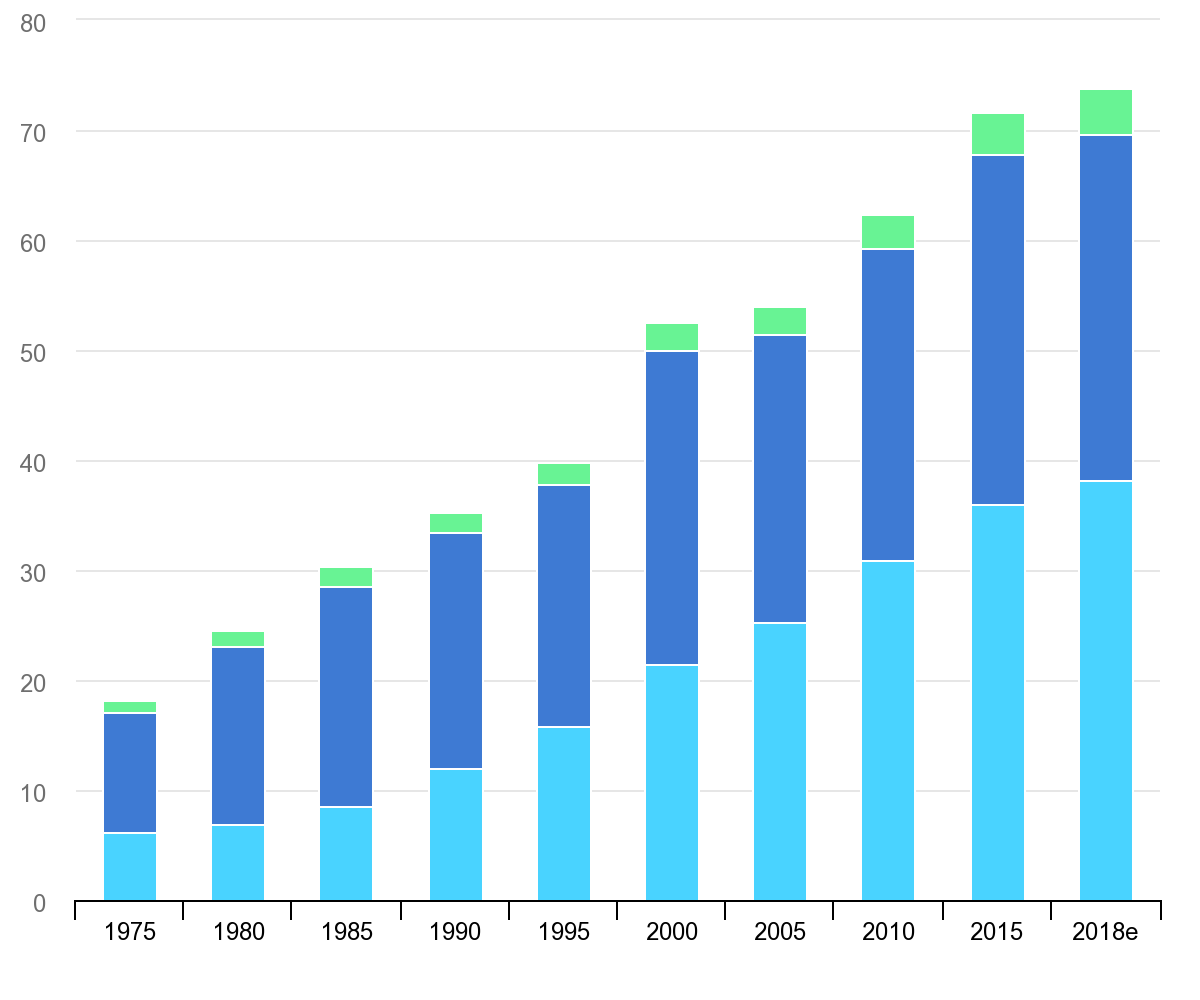 There has been an increase in the number of countries developing policies that directly support investments in hydrogen technologies. Over the past few years, national government investments worldwide in hydrogen energy research and development have increased. Today, approximately 50 mandates, targets, and policy incentives directly support hydrogen energy. Most of the incentives focus on the transport sector.

Less than 0.1% of hydrogen production today comes from water electrolysis. However, with declining costs for renewable energy sources, particularly solar and wind electricity, the interest in electrolytic hydrogen is spreading. This means that building hydrogen production from electricity facilities entirely powered by renewable energy has the potential to become a low-cost supply option for hydrogen.

The dominant industries using hydrogen are the oil refineries, ammonia production, steel production, and methanol production. Fossil fuels supply almost all of the hydrogen in these industries. Therefore, clean hydrogen has significant potential for emissions reductions.

In buildings, hydrogen has the highest potential in multifamily and commercial buildings. We could blend it into existing natural gas systems. In dense cities, the long-term prospects for hydrogen include directly using hydrogen in hydrogen boilers or fuel cells.

In power generation, wind turbines can use a mixture of hydrogen and gas to increase the power system’s flexibility. Hydrogen is one of the leading options for the storage of renewable energy. Coal-fired plants can also use ammonia to cut down on their emissions.

Some industries already use hydrogen on a large scale. However, very few have realized its potential to support the world’s clean energy transition. To overcome barriers and reduce costs, we desperately need ambitious and targeted actions from our leaders.

World leaders must identify and develop ways to springboard hydrogen supply and demand. They can build on existing infrastructure, policies, and industries. Governments must identify which sectors and energy systems offer the most near-term potential with regard to hydrogen. There is no time like the present to realize the incredible future of hydrogen. Now is the right time to tap into hydrogen’s potential. Hydrogen can play a vital role in an affordable, clean, and secure future. Hydrogen can help tackle a range of critical energy challenges. It provides opportunities for decarbonizing various sectors that are currently finding it difficult to reduce emissions. It can also strengthen the world’s energy security and help improve air quality. In 2018, global energy-related CO2 emissions reached an all-time high. Air pollution causes 3 million premature deaths every year.

We can use the technologies already in existence today to produce, store, move, and use energy from hydrogen. Hydrogen can enable renewables to contribute to energy demands more significantly. Hydrogen as a low-cost option for storing electricity over days, weeks, and even months looks promising. We can use hydrogen to transport renewable energy from countries with abundant solar and wind resources, like Latin America or Australia, to countries with only a few of these resources.

The world’s recent success with electric vehicles, batteries, and solar and wind energy shows that policies and innovations have the power to build clean energy industries. Hydrogen is now attracting interest from a diverse group of companies and governments. Investing in hydrogen can foster new industrial and technological development in economies worldwide, providing and creating skilled jobs.

Though hydrogen production currently faces various challenges, such as high costs, slow adoption, and a dominant supply of natural gas and coal, it can potentially change our global economy for the better. The future of hydrogen as clean energy is in our hands; we can either continue producing hydrogen from coal and natural gas and fill our atmosphere with even more greenhouse gases, or we can develop new technologies to extract hydrogen from renewables.