Planning Your Trip For 2023? Here Is A List Of Places To Avoid Traveling To Help Save Them

The well-known travel company Fodor’s, which made its name by advising travelers on where to go and where to stay, dine, and drink once they arrive, has now published a list of locations across the world to avoid in 2023. So, if you are planning your trip for 2023, then you should know about the places to avoid traveling to help save them

The reason these areas are on the company’s “No List” for 2023 is not that they have poor cuisine, terrible attractions, or a high risk of danger, but rather because the presence of many visitors there is creating irreparable ecological, cultural, and social harm.

The “No List” considers the effects of the tourism market on three main elements: locations with water shortages that already place a massive strain on local people, “cultural hotspots” with overpopulation and constricted housing and infrastructure, and special and delicate natural habitats that are progressively damaged by tourists. List Of Places To Avoid Traveling To Help Save Them

Due to their biologically delicate habitats, Lake Tahoe, California, and Antarctica made the list of natural marvels that need a break from tourists. Regarding the cultural locations on the list, it was observed that the infrastructure in Venice and the Amalfi Coast in Italy, Cornwall in England, Amsterdam in the Netherlands, as well as Thailand is under strain due to rising costs of living that are driving away residents.

People are a concern in Lake Tahoe. Many individuals moved to the mountains during the epidemic and the Great Migration, and some who had second houses nearby decided to settle permanently in Tahoe. And it has kept trails and beaches crowded as well as forced traffic near the lake to crawl.

According to The League to Save Lake Tahoe, fine sediment contamination from our urban landscape poses the biggest danger to Tahoe’s renowned purity. Tahoe’s roadways are crushed into fine dust and debris by heavy traffic, while exhaust pollutants are released into the atmosphere. This source of pollution may be reduced, and the stress and strain of traveling in Tahoe can be lessened by improving traffic conditions. 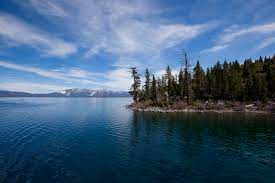 Antarctica is about as isolated as it gets, in contrast to other places that have experienced an explosion in visitor appeal in the last ten years. Additionally, it’s conceivably among the regions of the world that are most vulnerable to climate change.

There is no land transit available here, in contrast to other wintery adventure locations. Black carbon, an atmospheric pollutant created by burning fossil fuels, is produced by ships and airplanes and makes the snow darker, and actually accelerates the melting of the ice. According to a recent study, business travel and research on the continent are aggravating the black carbon issue and hastening the melting of the snow.

The annual tourist influx to Amsterdam is equal to the arrival of the whole Dutch population (17 million people). A famous photo magnet at Museumplein, the red and white “IAmsterdam” sign was symbolically taken down in 2018. Beer bikes were prohibited from the centre the year before as a result of a petition that received about 6,000 local signatures. A prohibition on unruly cannabis tourists at coffee shops has also been suggested by the current mayor. Amsterdam’s Schiphol Airport, a significant European hub, put a daily passenger cap in place in the summer of 2022 due to staffing shortages. Currently, the caps are in effect until March 2023, with the possibility of an extension.

Cornwall, England, the country of the crumbly Cornish pasty and spectacular surf breakers, also suffers from traffic problems. The housing situation is so severe that even lodge rental and accommodations provider Sawday’s has committed to reducing the number of units available in the county. This is because short-term holiday rentals are pushing up the cost of living. In the past, things were so bad that the director of the tourism organization advised people to avoid Cornwall’s beaches entirely.

After the outbreak, Thailand would like to lose its reputation for hedonistic mass tourism and draw in a different kind of traveler. The country welcomed around 40 million tourists in 2019.

Due to the serious ecological harm that the over 3,000 daily tourists and docking boats created, Maya Bay, Phi Phi Leh, a popular bucket list site, had to close in 2018.

To make room for enthusiastic tourists wanting to consume the centuries-old structures and sites, locals in Venice have been forced out of their homes and piazzas. The city’s official visitor guide claims that during the summer after lockdowns, Venice had up to 80,000 visitors each day. Venice has long been plagued by mass tourism, with an unpleasant ratio of 370 tourists for every inhabitant each year.

A variety of measures are being implemented to lessen the effects of climate change as well as to regulate the flow of tourists because it is a city on the water that is susceptible to flooding and subject to sea level increases. A variable admission price of between three and ten euros, dependent on demand, will be implemented in Venice starting in 2023.

For islanders, accessing freshwater may frequently be a problem. While it accounts for the largest water consumption in the Caribbean and Hawaiian Islands, 65 percent of the water supply in Bali is consumed by tourism. Maui is one situation in particular that stands out.

In order to battle the dry conditions and high temperatures this past summer, Maui County imposed mandatory water restrictions on the inhabitants of West Maui and Upcountry towns with a heavy punishment of $500 for non-essential water use, including as irrigation, watering lawns, and washing automobiles. Everyone on the Maui islands is required to save water, but resorts in South and Central Maui, many of which include pools, expansive lawns, and golf courses, were not subject to the same restrictions. As travel reaches pre-pandemic levels, about

A Note For The Travelers

The tourism industry accounts for 8% of the planet’s greenhouse gas emissions through a mix of food consumption, lodging, travel, and souvenir purchases. Balancing the positive and negative consequences of tourism may be challenging for economies that depend on it. Banishing visitors might not be the best solution when livelihoods are on the line.

Now that you know about the places to avoid traveling to help save them, the main lesson to be learned from Fodor’s list is that travel can be a positive influence on local communities and the environment. Furthermore, to relieve the burden on popular sites, tourists should disperse and divert toward less well-known locations during slower times. Another benefit for Earth is travel during the off-season, on weekdays, or during the shoulder season.