What is Gene Cloning?

Gene cloning is a common practice in molecular biology. Gene cloning takes place in laboratories. Here, scientists or researchers create copies of a particular gene of interest to them or their work. They locate, isolate, and copy (or clone) a gene of interest from all the DNA extracted from an organism.

The traditional method of gene cloning involves transferring a DNA fragment of particular interest from one organism to another organism, such as a bacterial plasmid that can self-replicate genetic information. Scientists commonly use this method today to isolate long or unstudied genes. 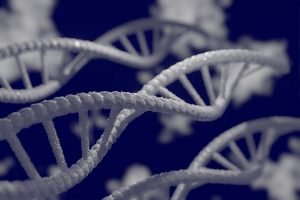 1. Extracting DNA from an organism with the gene of interest.

2. Cutting the DNA into gene-size pieces with restriction enzymes.

4. Combining the gene-sized DNA and the cut plasmids into one test tube.

5. Transferring the combined plasmid into a bacteria.

6. Allowing the bacteria to grow into colonies.

What is Gene Therapy?

You can think of gene therapy as a medical treatment. It entails treating or preventing diseases by correcting the underlying genetic problem. Gene therapy is an alternative to the use of drugs and surgery to cure genetic disorders. It allows doctors to treat and cure an illness in a person by altering their genetic makeup. Gene therapy is also sometimes referred to as gene transfer or gene addition.

1. Introduce new genes into cells to help them fight diseases.

2. Introduce a new gene to replace a faulty gene causing the disease.

1. Encouraging the proper functionality of a gene by fixing the genetic alteration causing the disorder.

2. Turn on a gene to help fight a disease.

3. Turn off a gene not functioning correctly.

4. Remove the piece of DNA causing the disease and impairing gene function.

Gene cloning has enabled researchers and scientists to develop breakthrough medicines, diagnostics, and vaccines for the treatment of many diseases. The applications of gene cloning could also replace skin, cartilage, bone, and tissue for burn and accident victims. They can even regenerate retinal and spinal cord tissue.

Stem cells are the basic building blocks of our body. They are cells from which all other cells with specialized functions generate. Stem cell research coupled with gene cloning will help scientists learn how to produce cells and tissues to fight diseases.

However, the major problem in using gene therapies with stem cells to treat diseases is the body’s natural immune response system. When a patient receives donated cells, organs, tissues, or blood, their body activates a rejection response. The body responds to these donated tissues, organs, cells, or blood by attacking them as ‘foreign’ substances. But, if doctors use a patient’s own cells as the source of stem cells, they could avoid the immunological rejection. The body wouldn’t reject these cells since the cells and tissues would genetically match the patient’s own. As opposed to introducing foreign cells that the patient’s body may reject, gene cloning allows doctors to use an individual’s own cells to cure that person’s disease. Therefore, gene cloning is crucial for scientists and researchers to realize the full potential of stem cell research and move it away from the laboratory and into the doctor’s office.

We are mainly concerned with therapeutic cloning since that is the type of cloning used to fight diseases.

Therapeutic cloning refers to cloning specific human cells, tissues, and genes not leading to the production of another human being. Therapeutic cloning is also sometimes referred to as Somatic Cell Nuclear Transfer (SCNT). It involves separating the nucleus from an egg cell, replacing it with a nucleus from a somatic cell (like a skin cell), and stimulating the division of the cell. Sperms do not fertilize this egg cell. Therefore, the cell contains genetic material identical to the genetic material extracted from the skin. Scientists extract stem cells 5-6 days after the cells begin dividing. These stem cells will genetically match the patient. SCNT promises that the patient’s body will accept these cells after transplantation. This type of gene cloning does not involve sexual reproduction. It only creates cells for the treatment of diseases like Parkinson’s, diabetes, ALS, etc. The only purpose of gene cloning is to achieve currently unmet medical needs.

Gene cloning, once successful, could provide millions of people access to life-saving therapies. Not just any therapy; therapy developed using their own DNA!

Let’s look at a hypothetical scenario where a middle-aged man is on a trek in a remote part of a National Park. He suffers a heart attack. By the time he gets to the hospital, the doctors find that only a third of his heart is still working. Scientists extract a small sample of his skin cells. The laboratory technicians remove genetic material from the cells. They then inject them into donated human eggs without chromosomes. These altered eggs will lead to the development of stem cells that will form human heart muscle cells.

Since they perfectly match the patient’s genetic makeup, his immune system will not reject the heart cells transplanted into him. The new cells will grow and replace the cells lost during the heart attack. Therefore, gene cloning can return millions of people worldwide weakened by disease to former health and strength.