Energy Transition Investments: What is the role of Hydrogen?

Hydrogen will play an essential role in replacing fossil fuels in producing electricity. With countries seeking to accelerate toward their net-zero targets, hydrogen fuel will become an essential part of the transportation and industrial sectors. However, 95% of hydrogen worldwide comes from fossil fuels. But what is the investment appetite toward hydrogen? And how prepared are countries, businesses, and organizations to develop, adopt, and do energy transition investments in hydrogen?

Although using green hydrogen does not result in emissions, we must keep in mind that hydrogen alone will not stop climate change. We need rapid growth in all renewable energy for a successful energy transition. We also need to expand our current grid networks to transport renewable electricity to consumer regions.

Japan is focused on importing hydrogen and exporting end-use technologies such as hydrogen fuel cell vehicles.

Australia has developed around 60 hydrogen projects. The Australian government is also investing approximately 1.2 billion dollars in building the country’s hydrogen economy. It aims to position itself as a leading global player in hydrogen export.

Italy allocated 3.2 billion euros to research, test, produce, and use hydrogen in the country as an alternative fuel source. Today in Italy, hydrogen meets around 1% of the energy demand. Italy is working toward producing green hydrogen from renewable energy sources like wind and solar power. Hydrogen is an important energy carrier. The global hydrogen market is well established, with global demand currently at 8-10 Exajoules (EJ).

Hydrogen producers mainly use renewable electricity to split water molecules into oxygen and hydrogen in an electrolyzer. The International Renewable Energy Agency (IRENA) is working on electrolyzer technologies to channel large amounts of renewable electricity to sectors finding decarbonization difficult. These include industries, buildings, and transport. With the development of such technology, hydrogen obtained from renewable energy will be able to directly displace hydrogen obtained from fossil fuels.

IRENA’s work on hydrogen from renewable sources focuses on assessing its role in the energy transition. It recognizes its role in increasing the shares of renewable energy in the power sector and end-uses such as manufacturing and transportation. At the tenth session of the IRENA Assembly in January 2020, member countries and private stakeholders discussed how hydrogen from renewable energy has the power to decarbonize global energy systems.

Many see hydrogen produced by clean energy as a critical enabler of the global transition to sustainable energy. It is also a vital component of achieving net-zero economies. However, only a few industrial applications currently use hydrogen since it is more expensive than fossil fuel alternatives.

Nevertheless, the global hydrogen market has recently begun picking up speed. Hydrogen can help drive the decarbonization of entire industries and also combat climate change in the process. It can act as an e-fuel in the transport sector or reduce emissions in other sectors.

Hydrogen can play a vital role in transporting energy to areas where it usually has to be imported. Governments and businesses can produce hydrogen energy in regions with abundant renewable energy, such as wind. They can then transport the power to import areas.

Finally, hydrogen energy can help stabilize volatile power grids. When the wind doesn’t blow and the sun doesn’t shine, we still need electricity sources that can step in.

Governments and international organizations now need to set industrial-level hydrogen technology standards. To achieve this, we need partnerships between political leaders, businesses, and society as a whole. We must work together. Let’s look at Chile as an example. In the south of the country, a project called Haru Oni is delivering climate-neutral fuels. The project is the world’s first integrated and commercial large-scale plant producing this type of fuel. Committed partners that have never collaborated this way before are what drove the project’s success.

The job today is to scale up the hydrogen industry and economically produce hydrogen from renewable sources. The good news is that the price of renewable electricity is falling. This means that the cost of electrolyzers needed to split water into oxygen and hydrogen will also decrease.

The Move to Renewable Hydrogen Will Change Global Structures 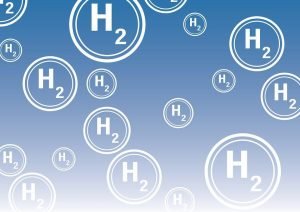 A sustainable energy system based on energy from renewables is bound to change current political structures. Things that may be good for the climate could cause severe geopolitical upheavals. Governments must discuss these issues openly and honestly.

As the global energy market and trade flow shift, new political alliances will form. Existing exporters will lose influence. Today’s fossil fuel exporters are already gaining some competition. The expansion of the renewable energy industry will favor countries where the wind frequently blows and the sun regularly shines.

For example, the United States and China have abundant sources of renewable energy. They also play important roles as energy technology producers. The countries have the potential to produce large quantities of renewable hydrogen fuel. The European Union (EU), on the other hand, will continue to import energy. Massively expanding renewable energy is socially challenging in the nation due to the dense population in large areas of the EU.

It is difficult to assess the role that today’s leading oil and gas producers will play in the future. The Middle East, Russia, and other fossil fuel-producing nations are facing an energy transformation. But, with significant change and the risks associated with it comes great opportunities created by expanding renewable energy sources.

Even with the geopolitical risks of transitioning to hydrogen, a low-carbon economy, hydrogen offers immense opportunities. It opens new doors to traditional exporters of energy, importers, and new suppliers. Hydrogen technology will deepen international trade relations. It will build a political framework that ensures a successful energy transition.

If political leaders, businesses, and society work together, hydrogen can play an important role in the energy transition investment. The hydrogen industry also needs huge investments so that it can develop efficient technology to ensure a smooth energy transition.