Biosafety is a discipline that deals with the safe containment of infectious microorganisms (also called biohazards). It is a framework based on safety equipment, safe practices, and structures designed to protect workers, communities, and the environment from an unintentional release or accidental exposure to toxins and infectious agents. A biosafety program comprises of: 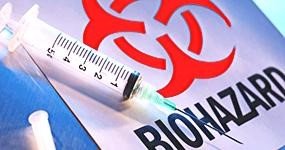 Good Laboratory Practices (GLP) ensure researchers can maintain a high quality of non-clinical laboratory work with integrity. The pharmaceutical industry is where researchers test new drugs on animals before approval. GLP provides a framework for the perfect planning, performance, recording, monitoring, and reporting of laboratory studies.

The elements that are an integral part of GLP are:

1. Personnel- The personnel carrying out the laboratory and handling the equipment should be appropriately qualified.

3. Documents- Every laboratory must contain documents of written procedures for specific activities. There must also be documents that record and report the study’s findings.

4. Test and Control Articles- People use control articles to calibrate an instrument. Test articles record the stability, strength, purity, and other characteristics of each test/study. We can now transfer genetic material from any species into any organism through biotechnology. Modifying a single gene has the potential to affect the entire genome. Predicting the outcome of genetic modification is difficult. It could result in unintentional side effects, which biologists may not even recognize. Some of the risks include:

GMOs introduced into the environment may interbreed with wild species. This interbreeding could forever alter a species’ natural behavior and interaction with its ecosystem.

GMOs have a faster growth rate, providing them with a competitive advantage over biological species. Their rapid growth rate could make them an invasive species, destroying natural habitats.

Once we release GMOs into the environment, it would be almost impossible to manage and eliminate if some unforeseen problem arose due to their introduction.

WHO (World Health Organization) has long recognized biosafety as an important international issue. Since 1983, WHO has regularly published manuals to help countries adhere to global biosafety standards. They ask countries to consider factors such as:

The use of biotechnology in modern times has raised many ethical concerns. These ethical issues need to be carefully considered by responsible figures in the industry and are referred to as Bioethics. If not, these issues pose a serious threat to humans, their health, well-being, society in general, and the environment. Some examples of ethical concerns regarding the use of biotechnology include:

Biotechnology offers an effective solution to parents risking transmitting a genetic disease to their baby. Parents can now decide which gene combinations they’d like their offspring to inherit and which ones they don’t want. However, there is a growing fear that some parents may misuse this biotechnological ability. Its misuse could occur by parents selecting desirable traits such as gender, hair color, and behavior. This could result in what some people are beginning to call ‘designer babies.’

Before we understand the ethical concerns over stem cell therapy, let us first learn what stem cells are. These cells have not undergone differentiation, meaning they can divide and grow for long periods. There were some reports of embryos used in therapeutic cloning. Following this, the governments of many countries established strict regulations to govern stem cell research.

A mouse bioassay refers to the use of a mouse to determine food safety. Scientists extract material from a portion of food and inject it into a mouse. If the mouse lives, the food is safe for consumption, whereas the food is unsafe if it dies. Such complete disregard for an animal’s life is the prime bioethical concern in mouse bioassays.

Many people believe that an embryo deserves respect. The selection, manipulation, and destruction of genetic material in an embryo are highly unethical. Many babies born as a result of such procedures develop morbidities. Some core issues concerning reproductive technologies are:

A majority of people worldwide condemn human reproductive cloning. This condemnation results from the physiological, social, and psychological risks associated with cloning. Many molecular tests must be conducted on a cloned embryo. These tests are necessary to check whether the cloned embryo is fully ready to be implanted within a mother’s womb. Aside from the several required tests, pregnancy from a cloned embryo is not guaranteed. Reproductive cloning is considered unethical since it is associated with a very high likelihood of loss of life.

Issues To Transplants and Eugenics

A transplant involves transplanting an organ or tissue from a donor to a receiver. Organs and tissues can either be transplanted from an ordinary being, a cloned being, or a different species altogether. Transplants mainly occur when a human has lost or damaged an organ or tissue and needs one. However, people have raised many ethical questions over transplants. They include:

Some of the ethical questions above result from the severe unavailability of donor organs. Most people are reluctant to get transplanted with an organ from another species and cloned beings. They fear this since these transplants could introduce new infections into their bodies.

Eugenics refers to the selection of genes to improve a population’s health. Eugenics aim at improving the genetic composition of humans. Through eugenics, people can produce children with traits that benefit humans. Some issues surrounding eugenics include: