Bioinformatics is a newly emerged science for the computational analysis and storage of biological data. Bioinformatics has emerged as a full-fledged interdisciplinary subject that interfaces the development of computer science and information technology with biological science.

The word bioinformatics has been derived from two words: The word ‘bioinformatics’ was first discovered by “Paulien Hogeweg”, a Dutch theoretical biologist, and “Ben Hesper” in 1978 to study informatic processes in the biotic system.

Bioinformatics mainly focuses on the subdomain of biology by developing biological databases and algorithms that help research genes and proteins.

Bioinformatics fetched much attention during the Human genome project. This has been enabled to sequence the large and complex Human genome and identify the gene in human DNA.

Bioinformatics tools predict structures from their functions; several machine learning methods are used to predict the functions from sequence structures. There are three components of bioinformatics:

Bioinformatics has emerged as a promising and essential discipline for academic research and industrial application for data storage and analyzing the sequences that have influenced the world’s scientific, engineering, and economic development.

But bioinformatics is not limited to the computing of biological data but also can be used to decode many biological problems and find out how living things work.

The ultimate concept of bioinformatics is to discover new biological insights using computers and biology that require the cooperation and application of the other specialized fields such as mathematics, statistics, physics, and search-related science to understand the living system. 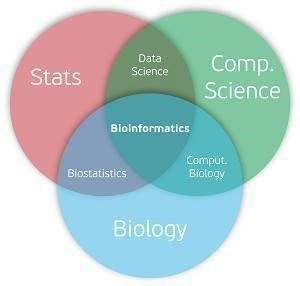 BIOINFORMATICS: THE BRAIN OF BIOTECHNOLOGY

The practical aspect of bioinformatics is to understand the code of life, i.e., decode the information residing in nucleotide sequences.

Many DNA sequencing projects have already been completed, and many more are in progress, leading to a vast amount of biological information. This has added to the growth of the science of bioinformatics. Handling such enormous information and interpretation was not possible without bioinformatics. Hence, bioinformatics can be called the brain of biotechnology.

During the last decade, Bioinformatics has become a powerful tool to explore the treatment of genetic disorders utilizing the genomics approach and a protein level to obtain accurate 3D structure for all known protein families or domains.

Bioinformatics tools can compare numbers, locations, and biochemical functions of the gene and different organisms.

Several programs and databases have been developed to visualize the 3D shape of protein and nucleotides that furnish an excellent 3D view on the computer monitor.

The genomic data of pathogen species available on the database can form bioweapons.

The Basic Local Alignment Search Tool was developed by Altschul et al., In 1990 for fast and sensitive database search to find similar sequences. It is a family of user-friendly similarity search tools. BLAST is used for measuring the DNA database similarity.

The program used by BLAST

–BLAST P- It compares protein sequences to the protein databases.

–BLAST X- It is a program that compares translated nucleotide sequences with amino acids and further with the protein database.

–BLAST M- It compares nucleotide sequences to the nucleotide database.

How to use the BLAST server for nucleotides sequences?

Step-2 Select the BLAST program depending on the type of comparison made.

Step-3 Select the database to be used for comparison.

Step-4 Sequence submitted to be BLAST

The result of the search can be obtained on the BLAST interface.

Ensembl is a genomic database launched by the European Bioinformatics Institute in 1999 to help complete the Human Genome Project. It also provides an application programming interface that models biological objects like genes and allows data retrieval. With the help of Ensembl, a  database can be provided for researchers studying the genomes of homo sapiens and other vertebrates.